According to tosaylib.com, those are the top 5 words to describe a great dad. In honour of Father’s Day, let’s find out if the dads at Cove have all those 5 qualities!

Devote your time to your kids

Covid-19 surely has made Nicholas miss his elder daughter, China, a lot more. That’s because she’s currently away in Melbourne, Australia pursuing her studies.

“We haven’t seen her since December 2019, and not sure when we are going to be able to see her again,” shared our Head of Finance.

While they have been communicating regularly over FaceTime and WhatsApp, Nicholas admitted that it’s just not the same as meeting her face-to-face.

As for his teenage twins, Nikita and Trinity, the main challenge raising them is to get the girls out of their room and off their computers!

Before Covid, Nicholas would frequently travel for work and would be too exhausted when he got back home. Despite all that, he made sure he devoted his time doing things with his family such as skiing and riding bikes when they were living in New Jersey.

Nicholas’ advice to dads out there is to spend as much time as kids grow up very fast and find something in common with your kids. As Nicholas is a very outdoor person, he loves skiing and riding bikes with his daughters. His wife, Corina on the other hand is an avid amateur photographer and painter. So, the kids would spend time with Corina drawing!

Tata will be turning 1 in a few days (her birthday falls on 20th June), which also means that our Business Development Underwriting Manager in Indonesia has been a dad for a year!

“Once you become a dad, you need to lead this little family and be a good leader. So our kids can follow our path and maybe become their role models too.”

Fachmi also mentioned that dads have to be more mature and logical in their behaviour as the little ones are always observing the adults. So they know that their parents are showing good examples to them which they can emulate.

To ensure that his daughter gets to spend quality time with him, Fachmi usually plays with his daughter after work before her bedtime and dedicates his weekend solely to his family.

Looking back at his childhood, he recalled how his dad was rather strict with him with his studies but didn’t really support him in whatever he was passionate about. He understood that it was for his own good to prepare himself for the working world. This is why he’d want his daughter to have the best education and also an unforgettable childhood memory as well by supporting his daughter in her hobbies.

“I hope she can be whatever she wants to be!”

Fachmi’s advice to all dads? Please be a cool dad! 😎

A great dad is a great leader

Radithia believes that every father has to be a good role model for their kids and also a good husband to their wife. It is important to manage time efficiently, between work and family, and always plan for quality family time.

It is crucial for dads to have a vision and mission for themselves and their family.

“The purpose of this is to make yourself always motivated and trying your best,” shared our Accounts and Admin Executive at Indonesia.

His wish for his 5 month old daughter, Edelweiss, is for her to be a good woman, and always love her family and share kindness with everyone.

Working from home sure has its perks. Such as wearing your pajamas to Zoom calls, and working right from your bed.

But for Rizky, one of the challenges (or maybe perks, depending on how you see it) is that his 2-year-old son, Sastra, would often enter his home office during meetings! 😂

That aside, Rizky made sure that from 6 till 10pm on weekdays, he makes time to play with Sastra.

“I hope he’ll grow up healthy and with strong characteristics, someone who won’t give up easily!”

Comparing fatherhood when he was a kid versus now, Rizky mentioned how kids nowadays are so much smarter because of the internet. That being said, he made sure that he’s at least 2 steps ahead of his kid so that he is able to educate his son more in life.

Rizky is also expecting a daughter sometime in September, congrats! 👶

His advice to couples thinking to have kids, “do it, do not hesitate.”

And to dads, he urged all to continue making lame dad jokes as dads thrive on it!

Being a dad is a lifelong challenge

As for our Senior Interior Designer, Gabriel, spending time with his daughter, Eliana, in the morning before work and in the evening after work has been a religious routine.

“I rise early to have breakfast with my family and have some time with my daughter before sending her to school at 9.30am. I pick my girl up from school at about 5.30–6pm, come home, bathe her and have dinner, then we wind down and put her to sleep by 8.30pm.”

Juggling career and family responsibilities seem to be a challenge for him but like what he said, it’s a lifelong challenge to be a good dad!’

“Anyone can be a father. Being a dad, however, is a lifelong challenge and journey of self-discovery.”

Gabriel also shared how dads should not be afraid to ask for help along the way in their fatherhood journey.

While dads nowadays are expected to be a lot more malleable in terms of knowing when to prioritise family above everything else, Gabriel also believes that dads are still expected to hold the more traditional responsibilities. Such as the ability to shoulder the responsibility of supporting a family, to have a career and high earning power.

“I still have to be able to think on my feet, anticipate the future, and navigate life with grit.”

His wish for Eliana? He hopes that Eliana is able to chart her own success in life and make smarter decisions than he already has.

Comparing the generation before him and the current generation of dads, Chimit observed that dads today are less strict with their kids.

His daughter, Lassalina, is three this year, and he wishes that she can grow up to be an independent and open-minded person, with her own opinion, so she can become whoever she wants to be.

Chimit admits that to devote evenings and weekends solely for his daughter is not always possible, and he is very thankful for his wife who’s always got his back.

“ Being a mom is the hardest work, so be as helpful as possible.”

As kids emulate what their parents do, Chimit advised all dads to teach themselves what habits they wish to instill in their children as they reproduce what they see rather than what they hear.

A new dad in the house!

Now that you’ve read the stories of the dads at Cove, let’s hear it from Luca, our co-founder and COO, who is a father to be in a few days’ time!

Luca is expecting a baby boy on the 22nd of June, so by the time you read this article, it’s only a couple of days away!

When asked if he could share the baby’s name, his response was, “it’ll be an Italian name but we are still keeping it a surprise! Unless you can guess!”

Luca feels both excited and nervous at the same time becoming a first-time dad, and he really can’t wait to meet his baby boy. To prepare himself, he attended antenatal classes with his wife, Sabina, and talked to lots of friends with young kids, and read up on parenthood.

He does get confused sometimes as he’s bombarded with lots of information and opinion altogether!

As massive foodies, his wife has been bribing him all the time to sneak her some cold cuts, cheeses and sushi. 🍣

I’m pretty sure all dads out there have experienced their wives’ interesting craving episodes. 🤤

We hope Sabina will have a smooth delivery soon and their baby boy will grow up healthy!

We wish all dads out there a very Happy Father’s Day and please, for the sanity of your kids, do carry on with your dad jokes! Your children may find it ‘lame’ or ‘annoying’ but deep down inside, kids really laugh at dad’s jokes. 😆

And if your dad lives in a different country, drop him a call and spend some time hanging out with them virtually today.

For more dad stories, read up on our Junior Software Engineer, Jamie, story about his little baby Toby here.

I believe all dads are indeed really brave, charming, confident, cool and funny!

Have a great Father’s Day, everyone! 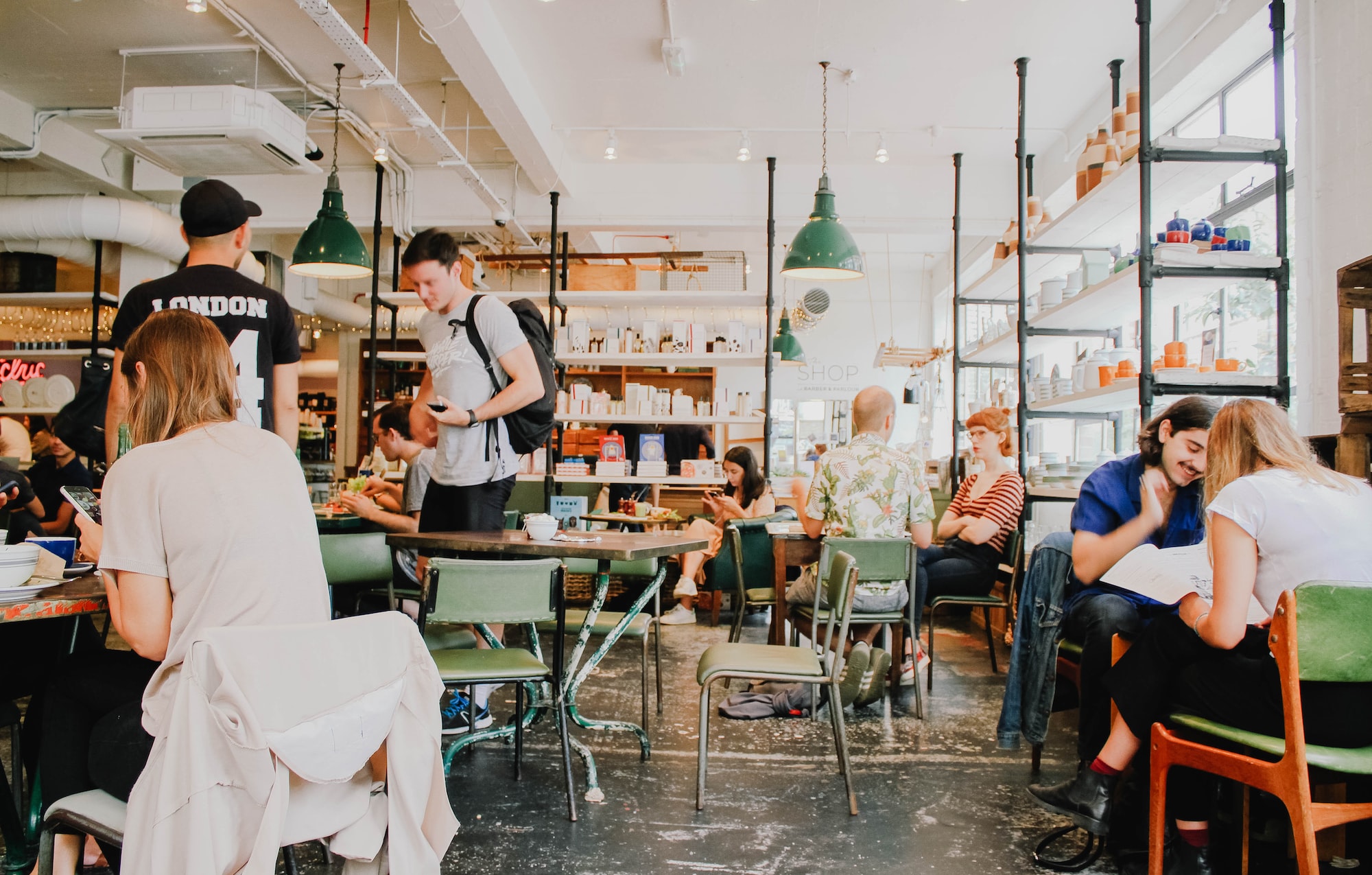 Only a few minutes from MRT station, you can save time on your commute to work! 🚌 This means more sleep time.